The rubber bellow is widely used, mainly as a dust jacket to isolate the dust and machine parts in the air. It can also be used as a sealing element, mainly for sealing certain end faces of mechanical equipment that need to be sealed. The forming process is usually formed by pressing, and the rubber pressing film refers to the mould used for pressing and forming of rubber.
The mould is usually made up of two parts: concave and convex mould. Different moulds can be designed for different moulds. Mould is an important part of the design of its structural form directly related to the quality of products, the manufacturing cost of the mold, production speed, service life and so on. Process analysis, first of all let us analyze its technology, after understanding the process, then talk about design and processing. The whole part is composed of two parts, the middle part is corrugated pipe, and the two ends are asymmetric and heteromorphic, except that the middle part of both ends is symmetrical.
The free thickness of the part is 1mm, but the change of the thickness at the end is not the same. As the ends of the parts must be used with the other parts, the requirements are very high. At the same time, the asymmetry of both ends is much more difficult for the design and processing of the cavity. There is a lateral boss at both ends. The difficulty of forming is undoubtedly increased, and the difficulty of measurement is also increased.
Follow us: 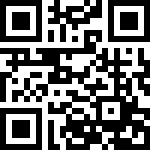